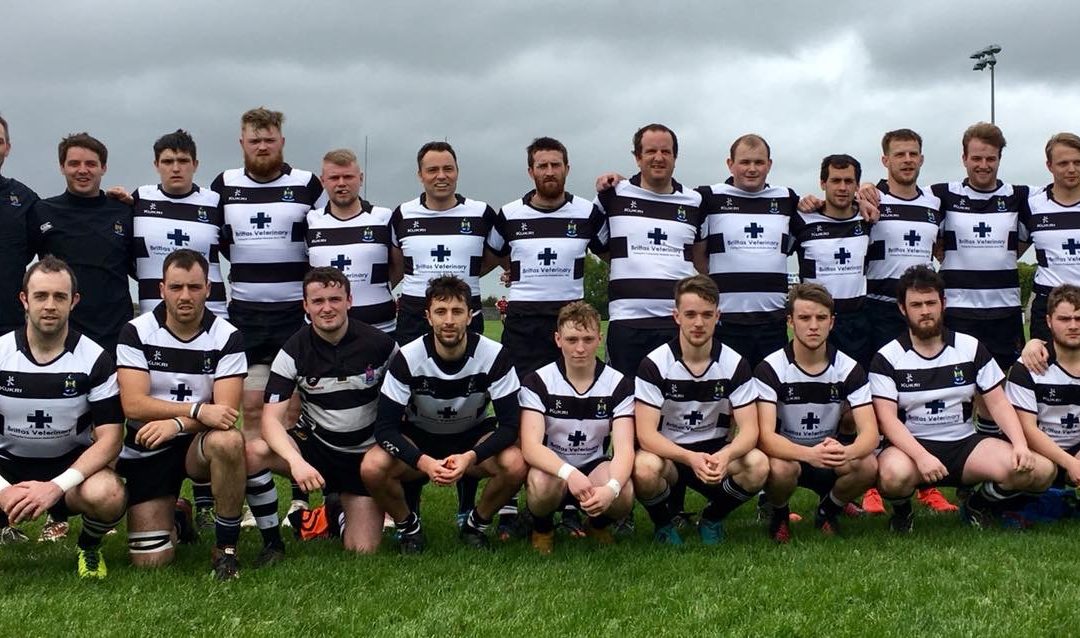 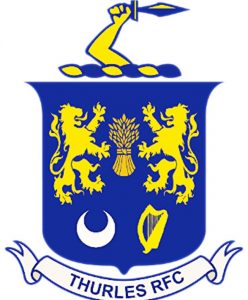 The Thurles First XV were back in League action on Sunday last after a week off, in their third away game of the season, they were travelling to Cork for the third time as they took on the challenge of Muskerry who were relegated from Division 1 last season.  Conditions were excellent on Sunday to compliment the top class facilities Muskerry have in place at the venue.

The opening quarter of the game was a very even contest with John Lillis exchanging penalties with the home sides kicker to read 3-3 early on.  Thurles were reduced to 14 men following a yellow card but instead of retreating into their shells, Thurles continued to attack the home defence;  Eoghan O’Dwyer and Ger McCormack made powering runs as the Tipp men went through the phases, following a few pick and go’s from the Thurles pack, scrum half Seamus Holohan sent to ball to Aidan Dwyer who made light work of the would be tackling inside the 22 to make his way over the line to push Thurles into the lead; he added the extra’s himself to leave the score line reading 3-10.  Minutes later Dwyer slotted over a penalty to extend the Thurles lead to 3-13.

Muskerry failed to take advantage of the additional man with Thurles doing the most damage, scoring 10 points in that 10 minute period.  With Thurles now back to the full complement, the pack continued to dominate, with Shane Nugent, Luke Kelly & Seamus Telford impressing, Thurles were awarded another penalty with Lillis doing the honours to extend the lead to 3-16.

The home side did manage to register a try of the their own just on the stroke of half time, some uncharacteristic sloppy tackling from Thurles allowed Muskerry to sneak in out wide for an unconverted try to bring an end to the first half: 8-16.

As the second half kicked off, Thurles looked to keep the pressure on the home side, Eoghan O’Dwyer, Ciaran Ryan & Shane Moloney continued to torment the opposition defence as they took on the Cork men at every chance.  Thurles were rewarded for their pressure, a great run from John Lillis saw him break the cover from outside the 22 and race over in the right hand corner to extend their lead to 8-21.  Muskerry responded within minutes, slotting over a penalty, Thurles had been reduced to 14 men again which led to the penalty and this time the home side took advantage with their powerful number  8 crossing the line to reduce the deficit further: 18-21.

Thurles responded once again from the kick-off, the chasing pack forced the home side to knock on, the centre partnership of the two Dwyer’s, Aidan & Eoghan, continued to cause the home defence problems and even found themselves in a series of rucks, making goods yards against the Muskerry pack, this was before the Thurles forwards rallied in support and the smallest of the 8, Mark Cummins got his hands on the ball and wriggled his way through the defence to touch down excellently in the left corner, Lillis split the posts with the excellent conversion from the corner to put distance between the sides: 18-28.

This Thurles score pushed Muskerry outside of the losing bonus point territory and the Tipp men within another try of the try bonus point, as Muskerry went on the attack, pressure from the Thurles defence, forced the home sides centre to throw a loose pass & Conor O’Hagan intercepted on the halfway line and went the distance to touch down and secure the winning bonus point for Thurles with Lillis adding the extras: 18-35.

Muskerry didn’t give up the fight after this, they rallied for the remaining couple of minutes and got what was to be a consolation try which was converted to leave the final score reading 25-35 to Thurles.  This was a hard fought win for Thurles, with a number of players impressing on the day, with a lot of new personal in the fold compared to last year’s team, they are growing and improving as the games go by.

Thurles’s next outing is against Old Christians in the Cup with date and times to be confirmed.  The players and management would like to thanks all those who made the effort to travel to Muskerry, especially those who doubled up having already being in attendance at the Ladies game in Balllincollig earlier in the day, it was much appreciated by all involved.  Training continues Wednesdays & Fridays at 7.30pmsharp 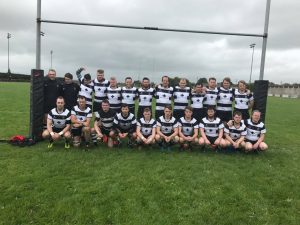